Raku ware is a type of Japanese pottery traditionally used in Japanese tea ceremonies, most often in the form of chawan tea bowls. It is traditionally characterised by being hand-shaped rather than thrown, fairly porous vessels, which result from low firing temperatures, lead glazes and the removal of pieces from the kiln while still glowing hot. In the traditional Japanese process, the fired raku piece is removed from the hot kiln and is allowed to cool in the open air. 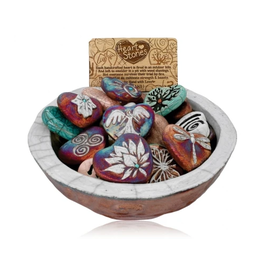 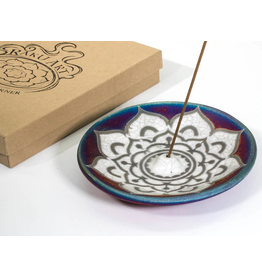 Raku Incense Burners
Add to cart
Raku Incense Burners
$14.00
By using our website, you agree to the use of cookies. These cookies help us understand how customers arrive at and use our site and help us make improvements. Hide this message More on cookies »